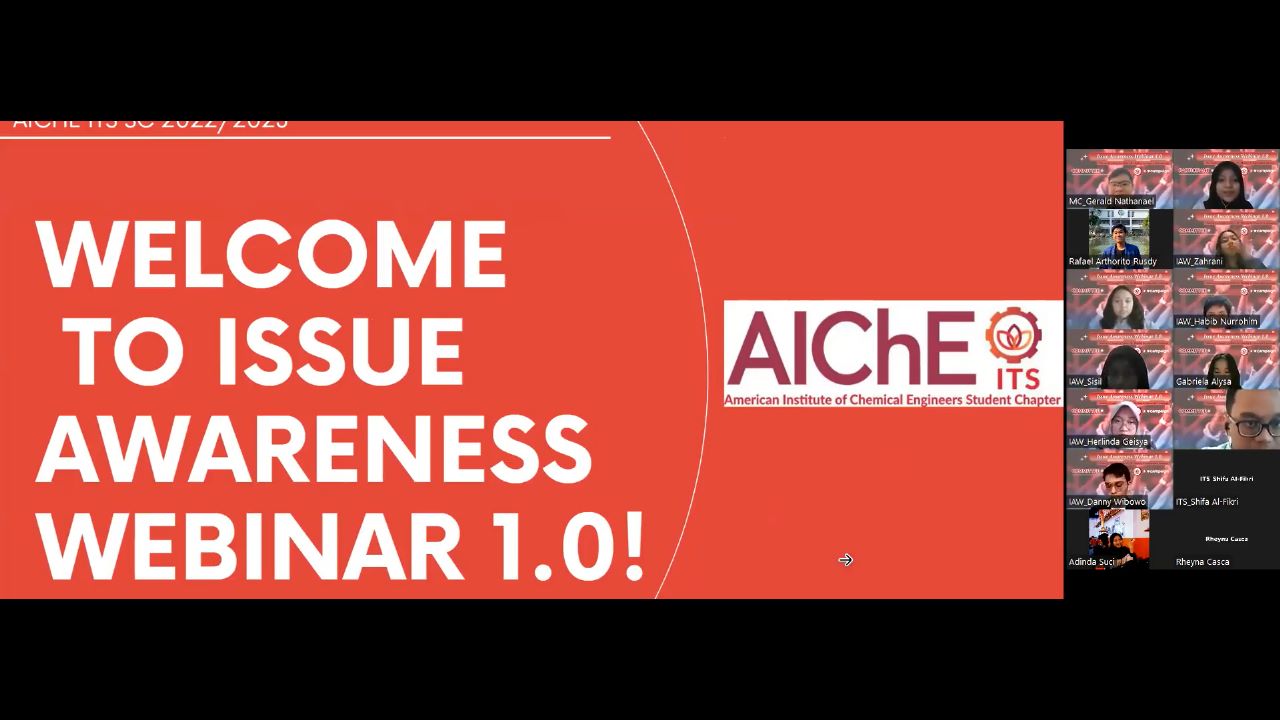 The speaker said a campaign is an organized action to achieve certain goals such as providing education, solving social problems, and raising funds. There are several things that must be done before starting a campaign, namely conducting research to determine the background of social problems, determining goals, the audience to be reached, doing branding, and using attractive visuals. In addition, it is necessary to measure the success of the campaign and collaboration with external parties. Lastly, the speaker and campaign.com believe that to make the world a better place, it can be started from the heart and executed with an action.

The AIChE ITS SC’s f First Meet event for members was held on Saturday, October 15th, 2022. This event was held online through the ZOOM meeting platform. This event began with an opening by the Read more…

On Saturday, August 27th, 2022, AIChE ITS SC and AIChE ICT IOCB celebrated Independence Day for Indonesia and India. This event was also the beginning of our sister chapter and introducing the culture between Indonesia Read more…

On 17th of September 2022, AIChE’s ITS SC held a Benchmarking event with AIChE UI SC online through the ZOOM meetings platform. Benchmarking started with an opening remark from the MC, followed by greetings from Read more…